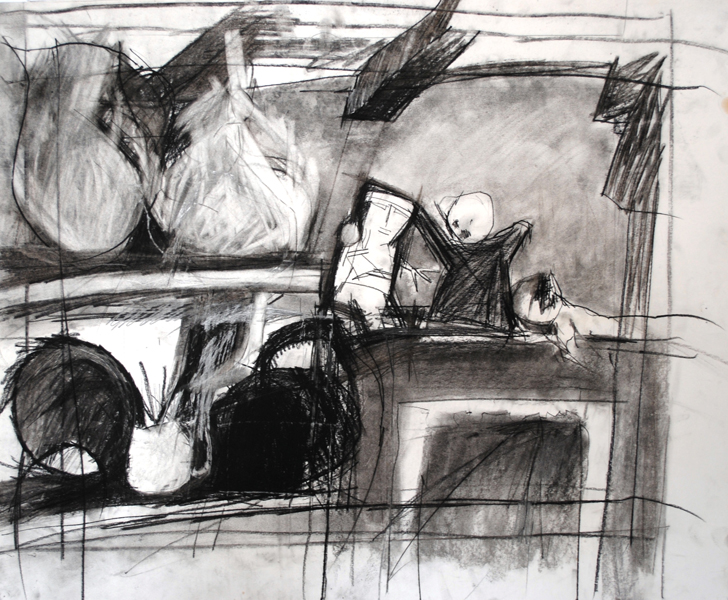 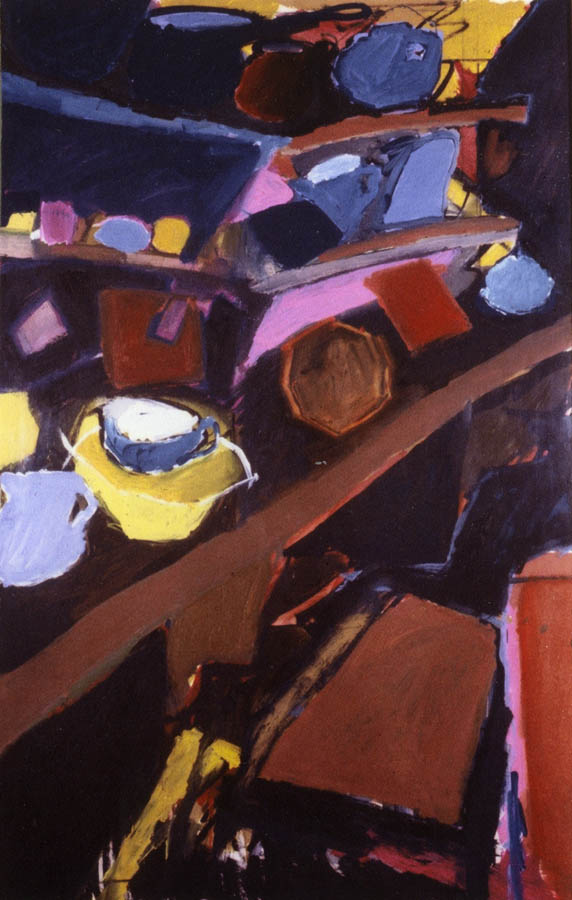 Jenny Creasy (1941-2010) A commemorative exhibition of Jenny Creasy’s work will be held in May 4th – 24th 2014 Paintings and drawings by Jenny Creasy attest to her memorable character and to her place within our shared culture. By ‘place’ I mean not only her contribution to new art since the 1960s but also the geographical distinctness, both in her earliest and her later days; and by ‘character’ I refer to the nature of her pictorial gift- which was to transform… Read more

Paintings and drawings by Jenny Creasy attest to her memorable character and to her place within our shared culture. By ‘place’ I mean not only her contribution to new art since the 1960s but also the geographical distinctness, both in her earliest and her later days; and by ‘character’ I refer to the nature of her pictorial gift- which was to transform her emotions, which often were bold, into colour and brushwork that have the gentleness of meditation.

The artist dear to the hearts of so many who knew her did not have a particularly happy childhood before she went to Ealing art school at the early age of fifteen. This was not only her local art school. It was her true home, for here her personality was nurtured. In the 1960s Ealing art school (like the district itself) was quite independent, separate from inner London and its new commerce, open to joint ventures between students and tutors who were often only a decade older than the young artists they encouraged.

The leading painters when Creasy came of age were often associated with artistic groups in Newlyn and St Ives.  At our present distance, it looks as though her mature work was an extension of the atmospheric, landscape-based abstraction of Cornish art. But that was not her first allegiance.  Nor could it have been, for reasons that have little to do with art. For she was occupied with marriage and with raising the first two of her four children. Never did she stop making art in those years, although domestic tasks prevented a fully public career that, in any case, might not have suited her temperament.

This exhibition in Norwich reminds us how grateful we are that Creasy became an East Anglian rather than a London or Cornish painter. She came to live in north Suffolk in 1982. During the next quarter of a century Creasy was an artist of private thoughts, untroubled exploration and hard-won contentment. Her later years added thoughtfulness to the aesthetic drive that had been heartfelt since her teens. She also had the benison of her second husband, the wise but experimental artist Tony Casement and her daughters Thea and Nell, who were born in  the 1980s and grew up as their mother painted more, often on a larger scale, and gave husband and daughters the canvases we now may all see.

Approaching these paintings, one at first wonders whether they are the record of some event, sudden sight or human encounter. Perhaps that is so. But they cannot be records, for they issue from present visual thought. That is the nature of their abstraction. Experience has become the birth of creative art. Creasy’s paintings begin in recollection and are completed by judgement in the privacy of the studio, where forms are often lively, curious, repeated or contradictory, with a palette that plays many a colourful melody. The artist’s eye and brush have passed from daily world of business and routine to an aesthetic realm. Thus they are all the more moving, and intangible, because we feel that they come from Creasy’s soul.